Get fresh music recommendations delivered to your inbox every Friday.

from Year of The Bird (Volume 4) by Pale Bird 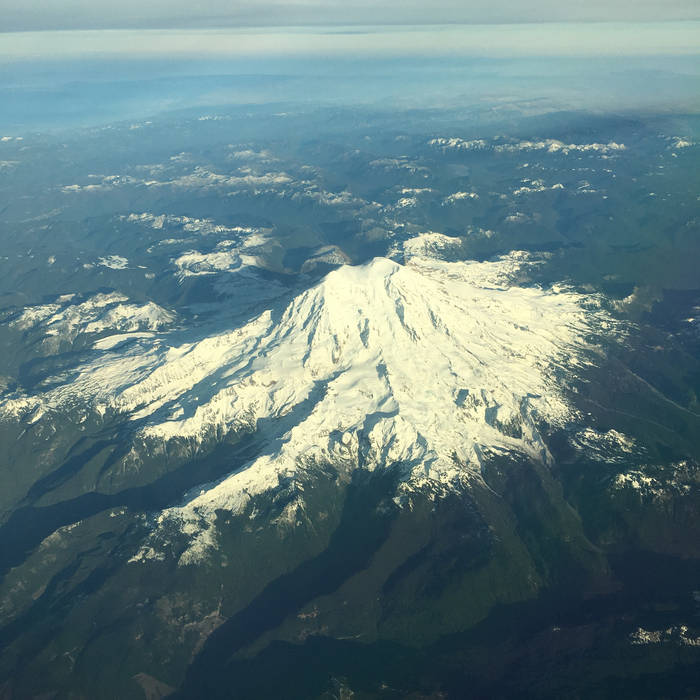 The cascade mountains are a range formed in, and still capable of exerting, terrifying destructive power. In the late 1990s, the area around Mount Rainier experienced a huge tectonic pressure, itself the direct consequence of aftershocks from a seismic shift emanating several centuries before in central and northern England - one that made subsequent events seem benign by comparison, until the incredible geological era of the 20th century. In 1997, gigantic crystal shards erupted from the ground across southwest Canada, trapping people in a glassy maze of soap bubble Chrysanthemum and glittering mandibles. Some of these structures were hundreds of stories tall, and many there found in difficult to stay among this unfamiliar environment. Others still flocked to become part of this newly-discovered phenomenon.

Even before the eruption of Mount St Helens in May 1980, geological events were already have their impacts on the people of Portland, Oregon, Seattle, Washington, and the wider Pacific Northwest, as they experienced an influx of refugees from the fault-riddled valleys of Northern California. Luckily, many of these refugees brought with them the valuable skills of engineering, brewing, and the precious resources of sourdough and kombucha cultures, saved from the teetering ruins of the cities they were fleeing. Many years later, in the 2010s, fires began to break out along the unstable San Andreas Fault, centred around three locations: Firstly, performance venues unloved by capital; secondly, in the countryside around homes of people who did not work for tech firms with a multibillion dollar valuation; and thirdly, in a phenomenon science cannot explain, Rupert Murdoch’s house.

Geologists believe the Central Valley filled first with sand; then with fire; then with water; and are predicting that next it will fill with stone; then paper; then scissors.

Bandcamp Daily  your guide to the world of Bandcamp

Nightmares on Wax and Bremer McCoy stop by with their sublime new LPs.